Beautiful In Her Robe (with coffee) 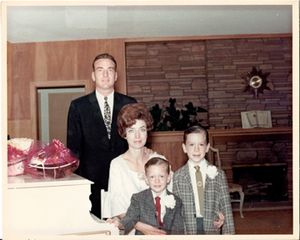 I am remembering mother today. I see her, all through the big house she managed, but mostly in the kitchen. She was a busy woman, so it’s funny that I see her now in her robe and realize that this is the way I saw her first and most as I was growing up. In her robe. In the kitchen. Getting us kids out the door to catch the bus. She wasn’t only busy, she was very productive. She did a lot. She accomplished a lot. But there she is, in my memory, in her robe, with coffee and her bible. 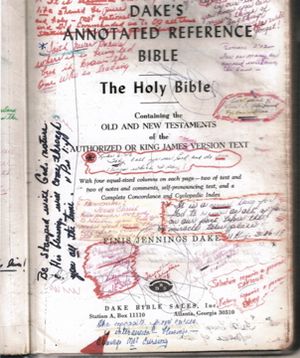 Most days I don’t think she got out of that robe until noon. I see her at her piano in her robe with her coffee sitting above the keys, singing and banging out melodies and chords. She sang really well, but she didn’t write songs. These were choruses and hymns. Mostly choruses.
Her robe had big pockets and sometimes she would carry one of her teacup toy poodles in one of those big robe pockets. She kept tissue in the other pocket. She was often crying and praying. Interceding. Especially when she thought she was alone. 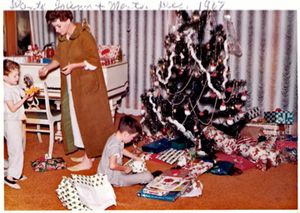 My memories remind me that her mornings belonged to God. Oh, she got up pretty early to get , not only us, but Lukie Bean out the door to whatever job site he was working. There was embarrassment a few times when people showed up at the house a little too early in the morning. People like pastor Gregg. I remember one of those times. He was the one turning red and stammering when she answered the door in her big poofy robe without make up, hair not yet done, nor dressed for the day. At least the robe was modest. People outside the family rarely saw her not “put together.” She was very “Southern” like that.
But the house belonged to her and the Lord till noon. That’s all there was to it.  And, as I think back I realize that this was the secret of her power with God. She did not waste those mornings. She spent them with Him. After Noon the world could intrude. She would sally forth clothed with a faith and fire that came from only one thing. Time with God.

Most of my own experience was different. I was also an early riser, but up early meant to get up, get ready and out the door to where I needed to be. School. Job. College. Whatever. Then, suddenly, I left home for full time missions with Agape Force where mornings were, thankfully, structured for that priority of time with Jesus. But this was far more regimented with reading schedules, chapels, breakfast prep and cleanup. Personal devotions. Corporate prayer. All that discipline was good for me and I’m positive produced good things, good habits in my life. But seeing mom today in my memory; alone with her coffee and her bible, in her robe, sitting at her piano in the living room. Wailing out her prayer from behind her closed bedroom door. Singing. Praying. Reading. I see a difference.
She never wrote a song or a book or a consistent journal that I know of. She didn’t preach, except to us kids as we looked hard into the carpet, and to Lukie Bean who would finally stop her and tell her she wasn’t the Holy Spirit. Though sometimes I wonder if it really WAS the Holy Spirit kind of pent up in her with no socially acceptable pressure valve in that Plan B, second chance that she had been given in life.
She took people in. Kids and others. Stragglers. She helped them.

She won souls. Neighbors and others.. She was bold as a lioness. But mostly she prayed. Not just in those mornings. But all through her day. Often, people were healed. She wasn’t one to take “no” for an answer ~ even from God.

Mother was far from perfect. Sometimes impatient. Sometimes proud it seemed, but it didn’t take the Lord long to deal with that when it tried to raise its head. She was broken, in some ways, because of abuse early in life, but she was fierce in her love for us and her love for Jesus. Sometimes she seemed cruel, but I’m certain she never meant to be. Those times, I think, were mostly my own childish perceptions stemming from that hunger we all have. You know the one. That hunger which we think is for unconditional love but is actually for unconditional approval. The first I had in spades and hearts. The other I had often enough, but of course, not always.

But there, in the morning, with her coffee, her bible and her robe she walked the path and spent the time and did battle for souls, for healing, for her children and her grandchildren and so many others I will probably never know about till we get to talk again and she introduces me. Someday soon.